Find an apartment in Vallauris

Vallauris hotels on the map

Vallauris Golfe-Juan is considered the youngest resort on the Cote d’Azur and, of course, a very promising city in terms of development from a tourist and commercial point of view.

For this reason, it can be said that Vallauris fully justifies its original Latin name – “Vallis Aurea”, which means “Golden Valley”. It has inexhaustible “treasures” – the cleanest beaches, “untrodden” nature of crowds of tourists and the azure sea, which can be seen from almost every point of the city, located on the hills between Antibes, Cannes and Le Cannet.

In addition, Golfe-Juan is still known as one of the main pottery production centers of France. From the end of the 19th century, artisans who glorified Vallauris as the national “forge” of artistic ceramics lived here.

Even the famous artist Pablo Picasso could not resist the temptation to create in this city; here he became interested in pottery, completely covered walls of the chapel, located next to the castle, with frescoes and paintings on the theme of “War and Peace” and created the sculpture “Man with a sheep”, which is currently located in the central square.

The St. Anne chapel is an architectural monument, made in the Romanesque style and having a structure, typical to the Eastern Provence of the XII century; after the French Revolution, it received the status of the national wealth of France. Now it houses the Pablo Picasso museum.

Recently, the city name, Golfe-Juan, was on everyone’s lips due to the sensational unspoken confrontation between residents and the monarch of Saudi Arabia.

The dispute occurred over the Mirandole beach, which is located directly under the windows of the expensive ruler’s residence. Recently, concreting works began on its territory, and access for holidaymakers to the beautiful sea was restricted.

According to French law, it is a direct violation of the law, saying that coastal areas should be open to all wishing to come; in addition, part of the beach is necessarily separated for those who want to stay alone with nature naked.

Even in the last part, one can see a direct confrontation of the interests of the inhabitants and the monarch, not to mention the construction work begun.

The Association for the Defense of Nature (ADN) stood up to protect the interests of the Golfe-Juan residents. The mayor was also outraged by the fact that construction was started without his consent.

It turned out that the king of Saudi Arabia decided to rest on the Cote d’Azur next summer, so an elevator was needed that could take him from the villa to the beach.

Despite all the controversies, the passage to the Mirandole beach during the esteemed monarch’s visit will still be limited for some time due to security concerns.

Being a neighbor of the Saudi king

Golfe-Juan is often compared to the neighboring seaside town of Juan-les-Pins on the Cote d’Azur. However, despite some similarities between small and cozy resorts, they have significant differences.

Golfe-Juan is a calm and peaceful city, where there is no active nightlife with many celebrities. For this reason, Juan-les-Pins is famous for. Vallauris is a place, where one can get unhurried respectable rest. For lovers of extreme sports, there is the opportunity to engage in diving and many water sports. 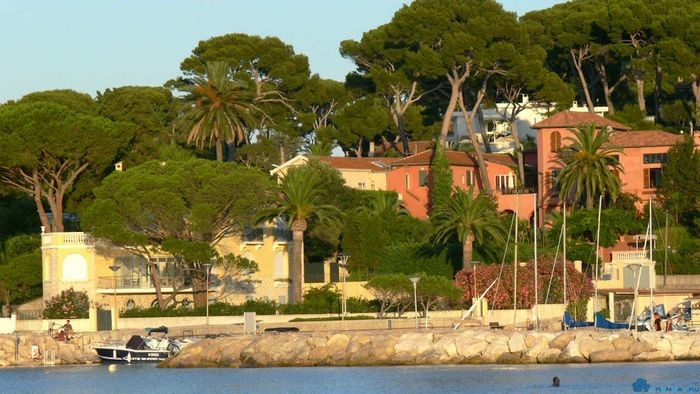 The city port – Camille Rayon contains many snow-white yachts. That is why you can stay here, having moored to the shore on your own ship.

Buying a home on the Cote d’Azur Golfe-Juan will also not present any difficulties. It will be a profitable and promising investment. There are many beautiful villas at an inexpensive price, compared to the neighboring resorts.

In Golfe-Juan, one can easily become a neighbor of the Saudi king, whose villa is located on the very shore. However, living on the French Riviera is a luxury, worthy of a monarch!